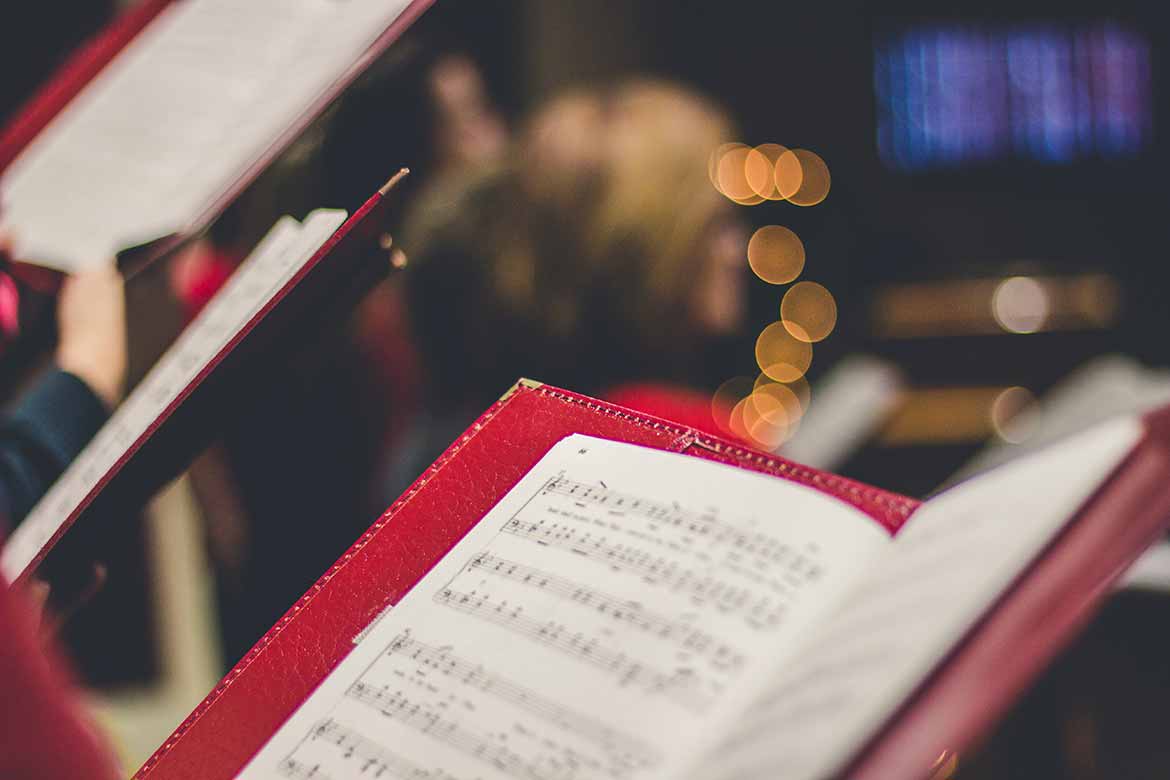 Last April, when Leon Palad was approached to be choir director for Community of Voices (a group of inexperienced singers assembled for a study of the benefits of singing among older adults), he was a little scared.

But his San Francisco-based choir — average participant age: 71 — surprised him.

“I didn’t expect to give them harmony at the first meeting,” Palad says. “But by the performance, they were already singing in parts. They’re willing to learn. They have that willingness and perseverance.”

Palad wasn’t the only one surprised by the choir.

When Suzanne Lee, a Chinese-American, joined, she didn’t plan on picking up a new language. But while learning to sing alongside her choirmates who were largely Filipino, she also mastered five songs in their Tagalog. “A friend was really impressed because I didn’t look at any notes,” she says. “I noticed that a lot of people who speak Tagalog were looking at their notes.”

Lee did self-imposed homework. She reviewed the lyrics over and over while riding the bus. “I also recorded the music on my phone,” she says. “When it came time to perform, I only stumbled over a few words.”

Lee had entered the Community of Voices study because she’d heard that one of the ways to keep your brain young was learning new skills. “I thought it would be fun to do something outside what I already know and am comfortable with,” she says. “My keys and I have an issue. I have spent as much as an hour looking for my keys.” She hoped joining the choir might help with her memory and even delay dementia or prevent Alzheimer’s disease.

Reaping the Benefits of Choir

Before participants joined the choir, they were given several baseline tests.

“They gave us a list of words to remember,” Lee says. “That was difficult. The tester would say the word and then ask if the person could remember the words later.” After eight months, it was easier for Lee, who remembered 13 of those words (drum, curtain, coffee, bell, table, turkey, nose, moon, school, parent, hat, house and river.)

“Students have the capacity to use their mind when I give them challenges,” Palad says, underscoring how singing in a choir exercises memory. “I don’t pressure them to memorize, but when I ask them what’s the first line of some song, they all respond.”

Lee loved harmonizing and singing in sync with the group. So did Edita Reyes, who joined the choir with her husband. “When I’m walking, I’m humming the song. My steps are lighter and I walk faster,” she says, adding with amusement, “My husband walks faster and wonders what I’m doing.”

A first-timer to choirs, 64-year-old Rosario Cadelina, who holds two jobs — an administrative assistant at a Philippine resort center and assisting students at a dorm — claims the singing makes her healthy. “It releases my stress from work,” she says.

A Breath of Fresh Air

Palad taught the group about two important facets of singing: posture and breathing.

Says Lee: “This helped us increase the capacity of our lungs. He also taught us how to sit and stand so that we could get full use of our lungs. It was important, because a lot of us older people hunched forward because of our canes. By standing properly, we open our rib cage. If you hunch forward, you can’t take a deep breath and the sound doesn’t come out properly.”

After learning how to breathe with good posture, the singers could hold notes longer, Lee notes.

By having the participants sit on the edge of their chairs so they couldn’t slouch, they had to sit tall. This attention to good posture worked. “I noticed a lot of people were sitting and standing taller after only a few weeks,” Lee says.

Palad explained that the breathing mechanism needs good posture to work properly. “I show them where the diaphragm is and how the lungs expand upward and downward,” he says. The same way older people can get dehydrated and not realize it, they can also be breath-deprived. “If you sigh, your body is telling you ‘Come on, give me more oxygen!’” he said.

Many Voices, One Choir

The singers also were taught the importance of listening. For a good chorus, the voices need to blend into one unified sound. To do that, you need to listen to and be sensitive to your neighbor’s sound, Palad says.

And to their movements. Palad taught them the “sway balance,” a dance step from the Philippines (see an example in below video). “It has a one-two-three beat like a waltz and I add claps,” he says. “It energizes them. They love to dance.”

In addition to encouraging the chorus members to move, Palad encouraged them to sing from the heart.

“I told them about Maria Callas, how she would get all her emotions and pack them into a bag and bring them onto the stage,” he says. “Once you touch the emotion, the sound changes, too. It sounds better. I tell them ‘Think about the happy time you had, or for sadness, to remember the time you lost a pet.’”

He also told them to be themselves, that they were enough. “Sometimes people try to emulate a song that they have heard,” he says. “I tell them your voice is already beautiful; don’t try to manipulate it.”

Edita Reyes says that initially she didn’t think she had a voice worth listening to. Now she has more confidence. “I can do what others do,” she says. “I love the company.”

The final results of the study are still being tallied. (Check back on our Artful Aging special report for updates.) But Palad didn’t need to look at data to see that the members of the choir were reaping benefits.

“It’s the life in their faces,” he says. “They laugh. Sometimes I forget to end class because we’re having so much fun together.”