Your Brain and Singing: Why Singing in a Choir Makes You Happier

HomeBlogPortfolio (2 columns)Your Brain and Singing: Why Singing in a Choir...

Your Brain and Singing: Why Singing in a Choir Makes You Happier 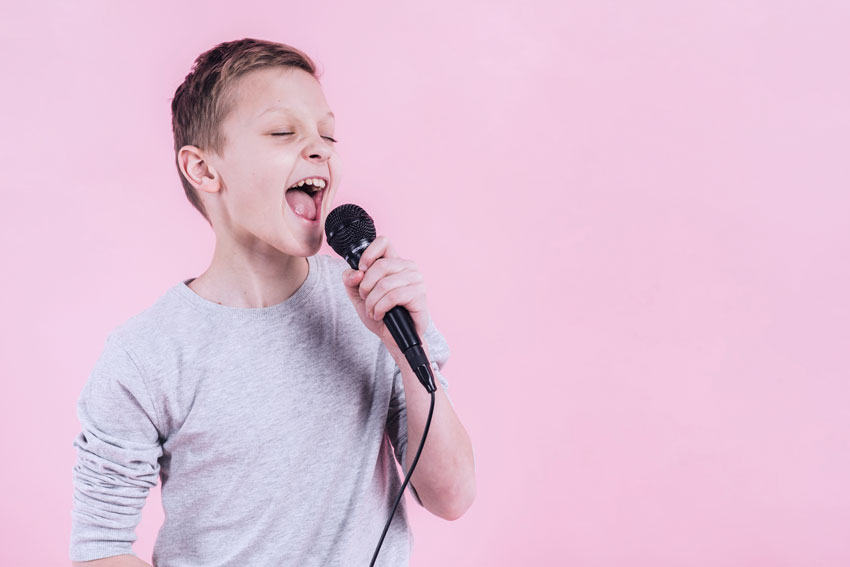 Any of us who have sung in choirs know all too well the joy it brings not just the audiences, but also the choir members themselves. And why wouldn’t it? When we raise our voices with lots of other gorgeous voices in a big, beautiful space, it feels like we’re altering molecules. The power, the mojo that this (relatively) small time commitment offers…how is it possible? Well, according to various scientific reports, we are altering molecules…inside our brains, with different changes occurring whether listening to music, singing, or singing with others.

In Stacy Horn’s wonderful book, Imperfect Harmony: Finding Happiness While Singing with Others, we get a first-hand account of how music uplifts and empowers, with various scientific evidence cited. Horn has been singing with The Choral Society of Grace Church (in New York City’s Greenwich Village) since 1982; she evocatively describes her own experience while explaining how science is finally catching up with what vocalists have known since the dawn of time: singing heals.

Choirs are known for singing about somber topics, including death. Requiem masses by Mozart, Haydn, Verdi and Berlioz are extremely popular selections for choirs worldwide. Yet, even though the content isn’t necessarily joyful or soothing, endorphins — hormones produced by the central nervous system — release and interact with opiate receptors in the brain, diminishing pain and triggering an almost analgesic feeling in the body. Our brains get an endorphin “rush”, which apparently feels a lot like taking morphine. Singing (both listening to it and doing it) can also release dopamine, a chemical that works to help regulate the brain’s pleasure and reward centers. Music has also been found to release serotonin, a neurotransmitter found mostly in the digestive tract that helps regulate our moods, social behaviors and appetite; other studies have shown that cortisol levels can be lower when listening to music and singing. In addition, Dr. David Huron, a music professor at OSU, postulates that singing may increase prolactin production; prolactin is found both in tears and in nursing mammals, and it helps regulate the immune system.

Other forms of happiness await us via singing as we age. Neuroscientists have shown that musical memories engage broader neural pathways than other types of memories – that’s why hearing an old song can flood one with very specific emotions and visual cues. When dementia and Alzheimer’s patients are encouraged to sing along songs from their youth, they sometimes respond with wide-eyed wonder and exhilaration, and sing out in a way that surprises not only those around them, but themselves as well; it’s a beautiful phenomenon to witness. Additionally, doctors are now finding that singers have more circuit connections between the right and left sides of their brains than non-singers. Memorizing words (left brain function) and music (right brain function) could keep those nerve cells and synapses in excellent working order.

Dr. Gene D. Cohen of George Washington University kept track of a senior singers’ chorale in Arlington, Virginia. The singers’ average age was 80 (65 the youngest, 96 the eldest). Findings showed that the singers suffered depression less frequently, made fewer doctor’s visits each year, needed less medication, and increased their other activities. I can attest that some of my greatest memories are of forming and leading a choir at an assisted living facility and seeing with my own eyes how the songs from my elders’ era affected them; they laughed, cried and told stories about first hearing that song performed.

But, as Horn will agree, the most remarkable phenomenon that a choir vocalist experiences are the many “take your breath away” moments that come as a result of being one of many voices coming together in harmony. I’m sure many of you reading this have had your own version of these types of experiences: goosebumps on your arms, hair standing up on the back of your neck, bursting into tears (that would be me), and more. A 2004 study by Dr. Gunter Kreutz showed that singing in a choir–as opposed to simply listening to choral music–increases SIgA production (antibodies in saliva that help immune function) and other positive physical responses.

The even better news is that while we always strive to be the best choristers we can be, our voices don’t have to be “professional strength” to derive these myriad health benefits.

Horn cites a 2005 study that showed that singing even at an amateur level was beneficial to people’s emotional, physical, and cognitive well-being. Before moving back to New York, I joined Nashville in Harmony, a talented and love-filled group of largely non-professional singers in Nashville, Tennessee. Being one of 150 voices banding together for the common good has brought me exhilaration I’d not felt in all my years of singing…and that’s a lot of years. Back when we recorded to tape.

Here we are at a 2016 rehearsal. The exhilaration is palpable: https://bit.ly/2HdNbfS

So please, sing. Sing a song. Sing out loud. Sing out strong. (See what I did there? C’mon, who remembers Sesame Street? The Carpenters? Sigh.)