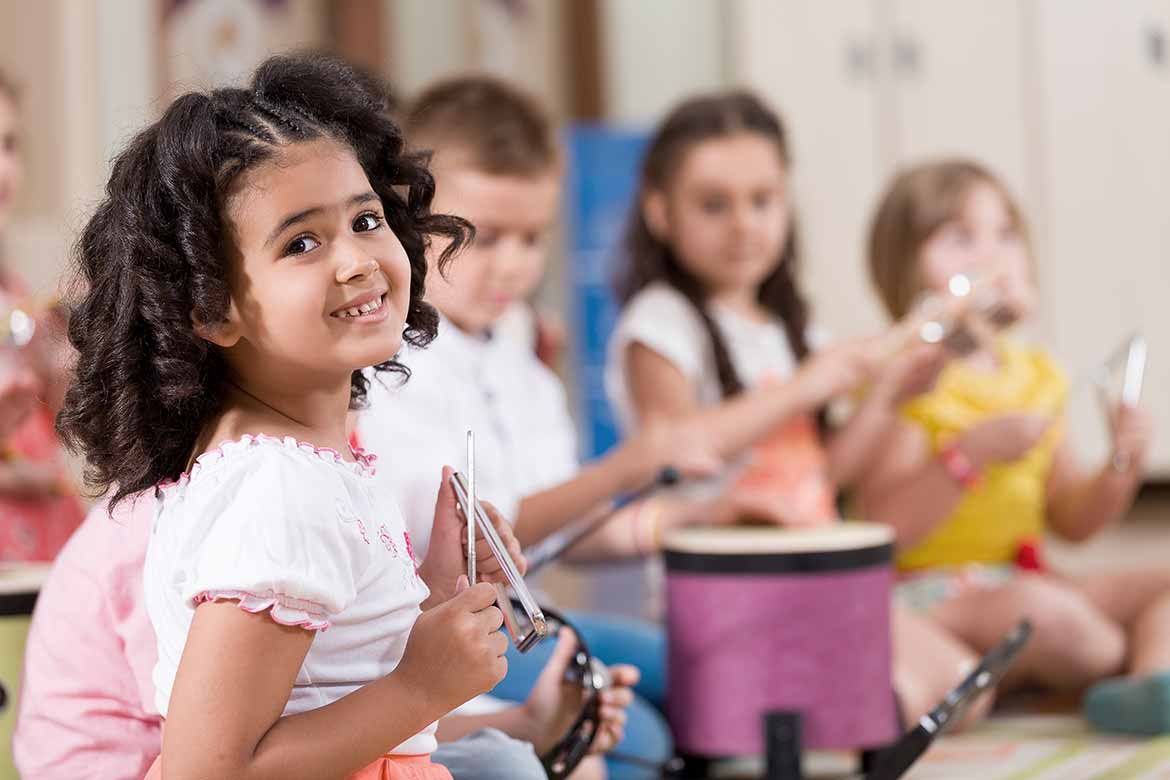 By Amanda Woerner     From: FoxNews.com

In a study from Northwestern University, researchers demonstrated that children with a better sense of rhythm were able to more clearly process sound in their brains – a trait that has been linked to stronger reading and language proficiency.

For the study, researchers tested the rhythmic abilities of 124 Chicago high school students. Each student used a special tapping pad to measure how well they were able to tap their finger along to the beat of a metronome.

Next, students were fitted with electrodes in order to measure the way their brains responded to repeated sounds.

“As people hear sound the neurons in the brain give off electricity and we are able to capture that with scalp electrodes,” lead study author Nina Kraus told FoxNews.com.

After comparing results of the two tests, Kraus and her team concluded that students with the best rhythmic abilities also had the clearest neural responses to sound, which researchers believe enhances their language and reading abilities.

“Sound is bound to meaning, you’re always making sound-to-meaning connections,” Kraus, director of Northwestern’s Auditory Neuroscience Laboratory, said. “Learning to read, you’re learning to match what you hear to what (the word) looks like on the page.”

A child’s ability to clearly link the sound of a word to the way it appears on a page plays a crucial role in the process of learning how to read. Previous studies have demonstrated that children who experience neural “jitter”, or fuzziness in their neural responses to sound, have more difficulty with language and reading skills and may even be more prone to conditions like dyslexia.

Additionally, Kraus points out that the ability to clearly process sound is connected to the ability to accurately hear in a crowd – a helpful skill in busy classroom learning environments.

“Children in classrooms, there’s traffic outside, chairs scraping, you need to be able to quickly and easily pull out the teachers voice, the meaningful signal,” Kraus said.

Though more research needs to be done, Kraus noted that previous studies have indicated that toddlers who participated in just a year of music training – with activities such as simple as mom-and-tot music classes – showed better neural responses to sound compared to toddlers who did not receive music training.

As a result, Kraus is hopeful that this research could lead to a greater emphasis on the benefits of music education for children.

“The hypothesis is that music education can help language skills, can strengthen skills such as reading, hearing and hearing speech in noise, as well as skills like memory and attention to sound,” Kraus said.